Our Farm Stay Tour package amongst the Bhutanese people will provide you with an excellent opportunity to get a thorough glimpse into the day-to-day life of a typical Bhutanese family staying in a farm or rural areas. This trip will also let you to take part in different farm activities depending on the time of your visit. Your visit is not only going to be restricted to visiting villages and farm houses but you will also be able to see different ancient monasteries and other cultural sites. So, in short our Farm Stay Tour will give you a chance to come Up-Close and personal with the Bhutanese way of life.

Chime Lhakhang or the Temple of fertility stands on a picturesque hilltop between Punakha and Wangdue. Built by the Buddhist saint Lam Drukpa Kuenley popularly known as the ‘Divine Madman’, the Lhakhang is famous for its fertility wish grants to childless couples. Not only Bhutanese but even foreigners who heard of it come specifically to visit Chime Lhakhang to pray to Lam Drukpa Kuenley for a child or two. And of course a couple genuinely praying and wishing are blessed with children. Amazing but true! It’s a pleasant 30 minutes walk from the road junction between Punakha and wangdue through mustard and paddy fields. There are beautiful prayer flags fluttering in the wind all the way to the Lhakhang. The Lhakhang is situated on top of a hillock and Lam Drukpa Kuenley used to call the hillock the breast of a woman because of its round shape. Woman who come to the Lhakhang seeking blessings of children are lightly hit on the head by a ten inch ivory wood and bone phallus. Inside the walls of the Lhakhang there are beautiful frescoes depicting the colorful life of Lam Drukpa Kuenley.

Luxury tour to Bhutan: offers very unique Luxury tour to Bhutan. We provide small group private luxury trips to large group luxury holidays with best guide and 4WD private transportation throughout Bhutan tour. Our innovative luxury travel itinerary and our intense respect to the guests. Your foremost luxury tour starts from the airport to the end of the journey in Bhutan. Every day is new and every program created is ifferent, because we have very dedicated team who works day and night to bend and twist the entire stay as per your request and needs. Still, you are caption of the ship. Under luxury travels we can offer world class best luxury resorts and create best luxury travel plan. Luxury accommodation includes staying in Aman Resorts, Uma by Como, Grand Taj Hotel in Bhutan, The only Bhutanese Luxury hotel, Hotel Zhiwaling, Dhensa which brings Singapore standard of luxury stay in Bhutan. Terma Linca Resort and Spa – A Grand Luxury Queen Mother Resort and Nak-Sel Resort. We have Amankora Journeys created for exclusive luxury traveler and other luxury itineraries can be created using Uma by Como or with the combination of best available resorts within Bhutan.

We also organize luxury camping with camp fire, deluxe trekking and the most beautiful and amazing helicopter service for those who want to add luxury charms for the stay in Bhutan. Scenic mountain views, flying from Thimphu to Punakha, Punakha to Jakar and even up to Trashigang are some of the most famous heli routes that we have flown the choppers. We are also into charting flights into Bhutan and organizing mountain flight based on the availability of the aircrafts. We are also expert on handling VVIP holidays which is very different than normal holidays that we offer.

We also design best tailor made luxury holidays for your family vacation, honeymoon special, anniversary & leisure holidays. We offer any length of luxury holidays covering five different places or we can mix the standard of the hotels to cover more cities in order to give you different taste. Find the best way to spend your memorable holidays with us in Land of Happiness.

Natural dying for textiles: Bhutan has been increasingly gaining recognition in the world for beautiful weaves. We have maintained a high regard for the art of weaving. It is also components of Zorig Chusum or thirteen arts and crafts of Bhutan. Although Bhutan has history of natural dying in olden times there is change in weaver life now. Mechanically processed raw materials are conveniently used now as it is easily available at their disposal. Our company to preserve the old age traditional, used and the natural dye yarn and textile. We demonstrate how the natural dyeing is done with the natural materials and plants with natural process in order to dye the yarn of different colors. In addition we also demonstrate and preparation of locally brew wine naturally and maki of zaw (fried rice) at our private farm house.

Natural dying for textiles tour includes a number of religious rites performed by Buddhist monks and lamas as well as a range of optional elaborate local features such as fertility blessing and masked dances. It can also include western elements such as ring exchange. This Feature Tour also visits significant historical and sacred sites throughout the western valleys of Paro, Thimphu and Punakha.

Day 1: Prior to landing at Tribhuvan Int’l Airport in Kathmandu, you could have some excellent views of snow-capped mountains, after custom clearance meet with our tour coordinator and transfer to hotel.

Day 3: Early morning fly with Druk Air over the Panoramic Himalayan rages from Kathmandu to Paro, arrive at Paro airport and 2 ½ hours drives to Thimpu, the capital of Bhutan. Check into hotel. Overnight at hotel in Thimpu.

Day 4: Commence sightseeing in Thimpu with includes visit to Tashichhodzong, the beautiful medieval fortress/Monastery which houses most of the Government’s office and King’s throne room. It is also the summer residence of Je Khenpo, the chief Abobot of Bhutan.Institute of Zorig Chusum where students undertake a course on the 13 traditional arts and crafts of Bhutan; National Library, which holds an extensive collection of Buddhist texts and manuscripts, some dating back to several hundred years back, as well as modern academic books, mainly on Himalayan culture and religion; The Post office; The Institute of Tibetology; National Memorial Chorten; Handicrafts emporium which displays wide assortment of beautiful hand oven and crafted products. Overnight at hotel in Thimpu.

Day 5: After breakfast drive from Thimpu to Punkha with a short stop at Dochula pass (3050m) that heralds the most enchanting views of Bhutan.

Visit to Punakha Dzong, the 17th century fortress that has played important role in building up of modern Bhutan followed by visit to local market. Then visit, Khamsum Yulley Namgyel Chorten, the newly built Stupa. After that drive to Wangduephodrang visiting Dzong and local Market. The district of Wangduephodrang is also famous for its bamboo products, slate and stone carvings. Overnight at hotel in Punakha.

Day 6: After breakfast drive from Punakha to Paro enroute visit Simtokha Dzong, the oldest fortress of the Kingdom built in 1627, it now houses the School for religious studies.
Afternoon in Paro visit Ta Dzong, the National Museum of the Kingdom. Originally built as Watch Tower since 1967, it is serving as the National Museum of the country and holding fascinating collection of art, thankgkha paintings and Bhutan’s exquisite postage stamps. Then walk down the trail to visit Rinpung Dzong which has a long and fascinating history. Overnight at hotel in Paro.

Day 7: After breakfast drive north of Paro valley to ruins of Drukgyel Dozng. From this fort Bhutanese repelled several invasions by Tibetan armies. Nearby visit traditional Bhutanese farm House which offers good insight into lifestyle of local people. Then take an excursion to Taktsang Monastery, the most famous of Bhutanese monasteries. It is said that Guru Rinpoche arrived here on the back of Tigress and meditated at this Monastery, hence it is called “Tiger’s Nest”. The Excursion to Monastery’s view point takes about 5 hours for round trip. While return to Paro town visit en route Kyichu Lhakhang, one of the oldest and most sacred shrines of the Kingdom. Overnight at the hotel in Paro

Day 8: After breakfast departs from hotel to Paro Airport for your onward flight to Kathmandu and Overnight at Kathmandu.

The ‘Traditional Bhutanese Wedding’ feature tour provides an opportunity to renew your vows or experience a local wedding ceremony featuring a number of religious rites performed by Buddhist monks and lamas representing the importance of the bond between a husband and wife. Traditional wedding and vow renewal blessing ceremonies can be easily customized to include western elements such as ring exchange, or more elaborate local features such as masked dances, archery, offering of butterlamps and special fertility blessings. This tour also explores the highlights of Bhutan’s culturally rich western valleys of Paro, Punakha and Thimphu visiting ancient fortresses, temples, monasteries, farm houses and meeting with the hospitable locals.

Please note that this is only a suggested itinerary and there are a range of ideal locations throughout Bhutan that are ideal for experiencing a traditional Bhutanese wedding.

A traditional Bhutanese wedding includes a number of religious rites performed by Buddhist monks and lamas as well as a range of optional elaborate local features such as fertility blessing and masked dances. It can also include western elements such as ring exchange. This Feature Tour also visits significant historical and sacred sites throughout the western valleys of Paro, Thimphu and Punakha.

We are registered under 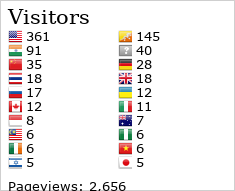